The purpose of this event is to take stock of the most important current and upcoming developments in the EU-China relations and how these might affect EU businesses. Concurrently, this event will serve as an opportunity for the European Chamber to present its annual position paper on China.

This is a critical year for China. During the 1st Plenary Session of the 19th Central Committee of the Chinese Communist Party, which will take place in autumn, the members of the party’s more powerful organisations will be elected: the Politburo, the Standing Committee and the Chinese Military Commission. The government will therefore have a new composition, starting from March 2018. Hopefully, these changes in the Party and the Government will bring a new push to the symbolic promises made in the past years, i.e. the Third Plenum’s Decision, the 13th Five-Year Plan, President Xi’s speech at the World Economic Forum in Davos, and the State Council Document No.5, released in January 2017 to promote openness and the utilization of foreign investment.

China is aiming to become a high-income country by 2020, by increasing its capacity for innovation, reforming state-owned enterprises, addressing overcapacity and developing its environmental technology industry. The European business community in China monitors whether these announced changes will be achieved through market forces or whether the government will keep a foot into the economy.

The lack of reciprocity in the field of market access, with increased Chinese investments in Europe, coupled with a drop in European investment in China, is another challenge companies face. The absence of a level playing field in terms of market access in China also fuels the concern of certain Member States vis-à-vis the Chinese presence in key economic sectors in the EU. This also led certain Member States to take a position on screening investments from abroad, amid concerns about increasing investment and company takeovers by non-EU investors.

In this context, progress in the negotiations on the EU-China Investment Agreement, started in early 2014, may represent a landmark step in the relations between the EU and China. European businesses are hopeful that China will use these agreements to promote greater international competition and cooperation in its marketplace through meaningful liberalisation. The direction that these developments will take will be critical for Europe’s mission for growth and the future success of European industry in both Europe and China.

During the event, European Commission Vice President for Jobs, Growth, Investment and Competitiveness, Jyrki Katainen, will deliver a keynote speech on the EU-China trade and investment relations. 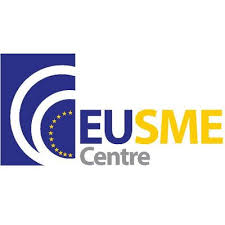